Anxiety is mounting across many industries as job loss to robots is becoming more imminent and as a result there is a deep fear around humans being replaced by technology. Humans, however, are incredibly complex beings, with movements and skills that are difficult to replicate with machinery. In order to re-establish a feeling of control over these emerging technologies, we want to showcase an industrial robot under a different kind of spotlight.

This project centers around exploring the personification of an industrial robot arm and developing a character and personality through unexpected movements. How would a robot—that is trying its hardest to entertain—move? In 2018, we procured a retired industrial robot arm of our own and developed tools to enable us to animate its movements through 3D animation software. We’ve been developing narrative phases of a retired robot’s journey to join the circus to reframe society’s fear of technology taking over human opportunities.

René is a tabletop Japanese industrial robotic arm with the soul of a French circus performer. René used to work in a pharmaceutical factory in Illinois until it was replaced by a faster, newer robot. In its retirement, René seeks to live out its dream to run away and take over the circus. However, it quickly learns that its technical limitations will prevent it from ever performing as well as a human. Despite its challenges (and with an overwhelming amount of human assistance) René tries its best to perform its own interpretations of entertaining circus acts.

The Circus Lab at the New York Hall of Science

In February 2020, René performed a 15-minute 1-robot show at the New York Hall of Science in which it demonstrated various trials of circus tricks and tried to create its own unique display of death-defying drama. As part of NYSCI’s Engineering Week, René was assisted by high school Explainers to perform 50 shows across the week to hundreds of visitors.

At the Circus Lab, René auditions for a chance to join the circus. The narrator asks René to perform 2 prepared sets: one set establishing inherent talents or traits and another demonstrating a classic circus act. For act 1, René shows off The Towers of Hanoi, a display of precision and control which is a perfect representation of robotic consistency. René’s prepared second act is a not-too-shabby ribbon dance, however, when asked to demonstrate other circus acts, the audition reveals that many limitations prevent René from doing anything else successfully. In order to pass the audition René pulls one last, desperate attempt at a robotic interpretation of a “death-defying act” in hopes of wowing the judges. 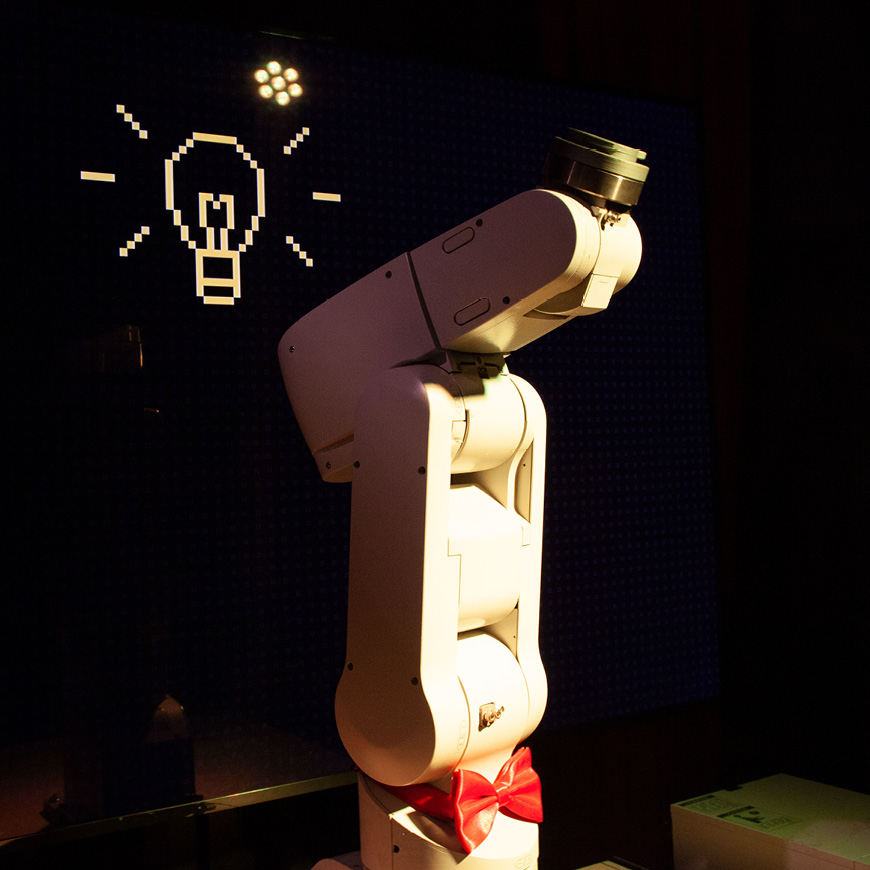 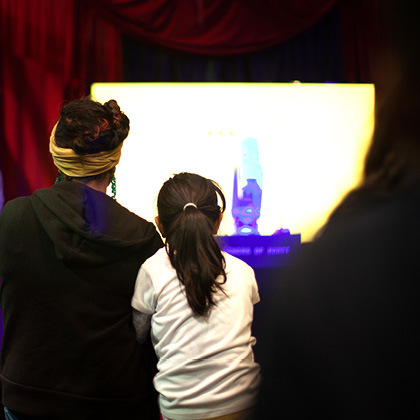